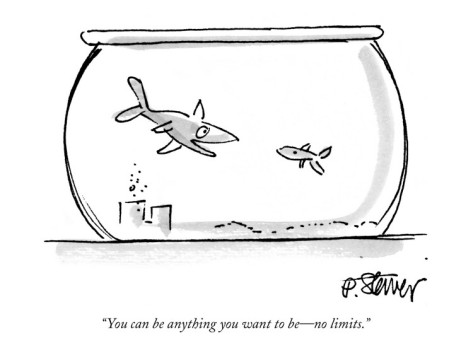 Westernized societies that we live in today firmly believe that the best way to satiate their audience is to provide them with a plethora of choices. This would enable a person to conveniently find a best fit and would make life easier.

However, a recent study that was conducted to understand consumer behavior indicates otherwise:

It was observed that 30 percent of people bought jams from the supermarket where they had 6 jams to choose from against 3 percent of those who had to choose from 24 different flavors of jams. Evidently, the people who tasted close of two dozen different flavors got so confused that they chose to buy nothing at all. This is the first short coming of having too many choices – Paralysis to make one.

Choices that are supposed to make our decision-making easy, in a twisted way render us choice less. This brings us to a million dollar question: ‘Is having so many choices always such a good news’?Now say a person somehow does overcome this paralysis and after weighing pros and cons for almost 30 minutes, decides to buy a jam or a jeans or a dress. Even if either of the items bought are terrific, a person can seldom stop thinking about the items that he/she could have bought but did not buy, often resulting in lesser satisfaction. And if for some reason, the bought product turns out to be defective then God help that person because the amount of regret would be unfathomable and this has been cited as the second short coming of having too many choices – Lesser satisfaction and/or regret.  Probably this is the reason that people of the likes of Steve Jobs and Mark Zuckerberg, wear same colored shirts every single day. They don’t want to waste their time deciding and definitely don’t want to waste their energy regretting.

Moving forward, have you ever wondered that what on God’s green earth is the key to happiness? Is it love, or money or fame or a combination of all three? Well, in reality it actually is low expectations. The two magical words, not three. Expect nothing and you may be the happiest fella around. An unexpected incentive, compliment or a visit often makes our day because we didn’t see that one coming. What a pleasant surprise! But how often are we surprised these days? As educated and aware individuals, we have seen it all or at least seen it all on the internet and the idiot box. We know that there is a Maruti and a Merc and everything that lies in between. We know of a nadir and a zenith that corresponds to it. Nothing ever surprises us anymore, thanks to the numerous choices we have, bringing us to the third short coming -Escalation of Expectations. Our expectations are higher than the sky scrapers in New York and nothing is ever good enough.

The realization that we could have had so much but we still achieved so less puts our mortal self into a dilemma that often leads to self-blame. How can someone as learned as us falter? A lethal combination of paralysis to decide, regret and unmet expectations can sometimes even result in clinical depression, which is the ultimate short coming of having so many choices.

Where do we go from here? As per the author, it is very important to have a myopic view of the world. It is important to have an imaginary fish bowl around you. A fish in a fish bowl is as happy as a fish in a lake, which in turn is as happy as a fish in an ocean but if you shatter that fish bowl you don’t get freedom, you get paralysis. A fish bowl does not indicate a lack of choice but the presence of some and some choices are better than none but that’s it. That’s really it.

Inspired by – THE PARADOX OF CHOICE BY BARRY SCHWARTZ.